A little catch up!

Morning all!
Thought I would post a few of my recent works, have been sick the last few days but starting to feel a little better now....thankfully.

The first layout is one for Scrap That Song, using so wonderful products from The Chip Chop Shop 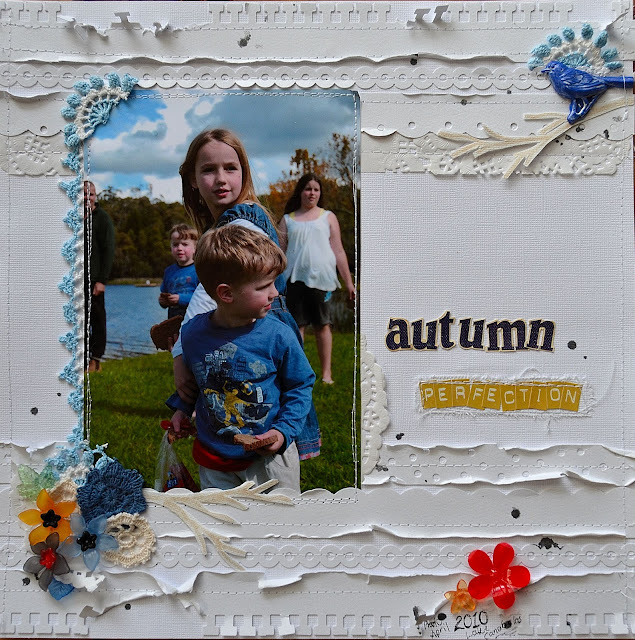 I have wanted to do a background like this for a while now...using different punches I have (not that I have alot but if you do have a few imagine what you could do!!!
I've used the lovely flowers and doilies to add my splash of colour. This pic is an old one I've had for awhile now...I love it's naturalness..... 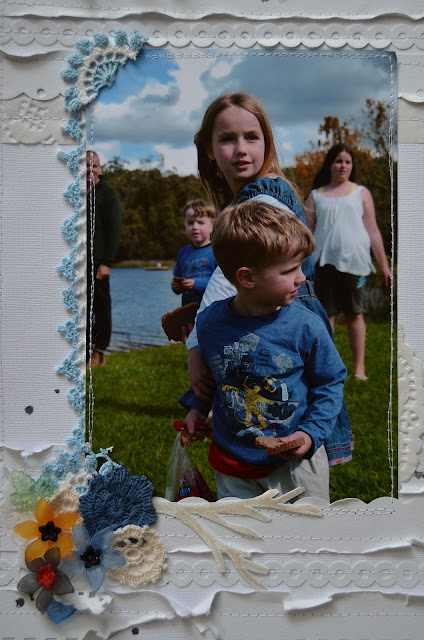 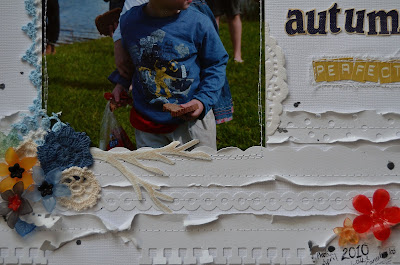 I also stamped on some canvas paper to create my branches.....so love canvas atm. 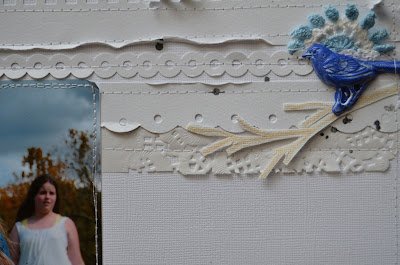 Now I'd like to show you a layout I created for Craftqueen.

[ The Most Special Gift- the two of you] 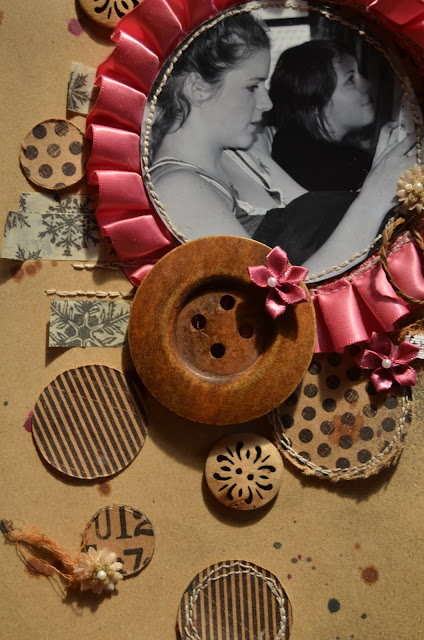 I had fun creating this layout....'cause I so love my subjects.

Pop on over to Craftqueen and have a look through Nicole's shop it is over flowing with great products.....drool!

I also have some very exciting news...actually two exciting things...but I'll have to keep you in suspenders (lol) just for now.

Okay beautiful people shall close now, have a great day and I won't leave any kisses today as I don't want you to catch my YUCKY GERMS!

The March 15th sketch is up on the Stuck?!Sketches....blog and the CT have offered up some very awesome inspiration. Do yourself a favour and CHECK IT OUT!

Here is the Sketch 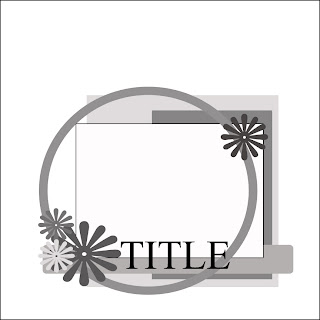 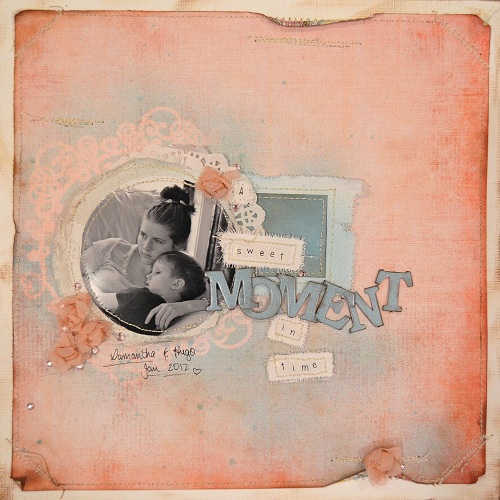 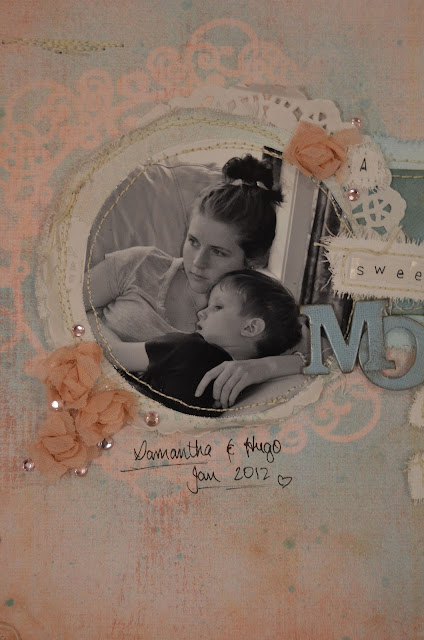 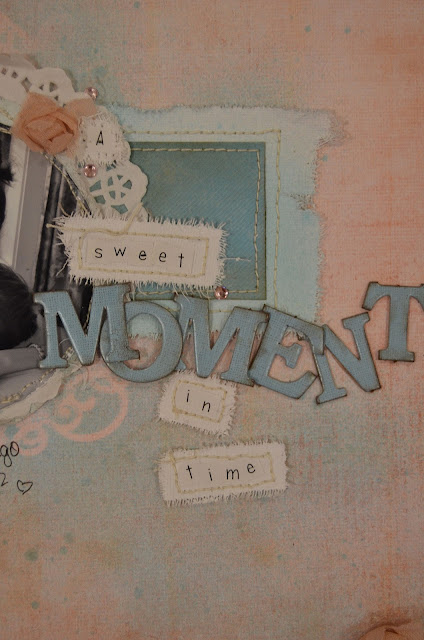 ﻿
﻿
I've kept the design pretty simple....a little light misting...circle design....doily...canvas  and some gorgeous Craftqueen- shabby chic trim, rose, which is just beautiful and adds a lot of softness to the layout. Also used just a touch of bling and of course machine stitching.

So hope you find the time to join us over at Stuck?!Sketches....I would love to see your takes!

Cheers and thanks for stopping by my blog.....Please leave a comment so I know you have stopped by.

Challenge Heaven- My first challenge is a colour challenge.

So this month over at CH it was time for me to set a challenge and I decided to go with a colour challenge...
So I chose my favourites...Neutrals and Pastels and because Challenge Heaven has a 'Party On' theme this March I decided that all that entered my challenge needed a candle/s on their layout and a touch of muslin as well

This is my example 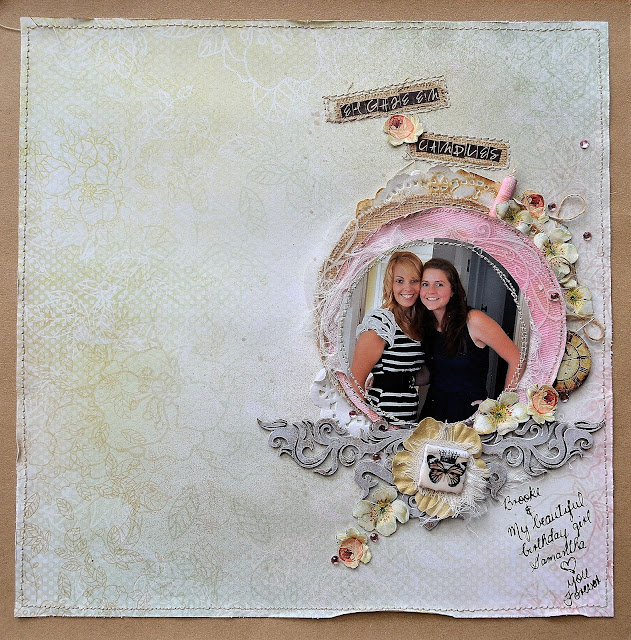 I've used some gorgeous new products from CRAFTQUEEN, I really love these wooden clock faces from Prima and also these scrummy tiles...do yourself a favour and have a look....sigh!
I'm really enjoying using canvas paper on my layouts as well...because you can just do so much with it....make a frame...tea dye it adds such great texture...oh! and I've used some of Craftqueen's tiny twine on my layout...love that stuff!!!
I've made my own transparency's, some fussy cutting, using some soft and pretty crate pp, the flourish is from a lady on FB (which I painted), muslin and of course some machine stitching.  Can you SEE MY CANDLE???? 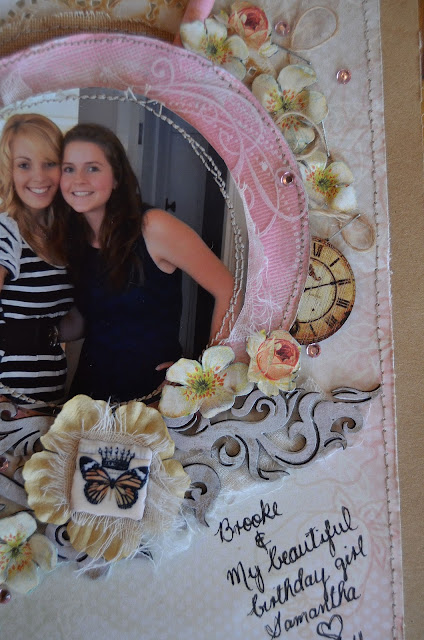 If you follow my blog you will notice it's the same pic I used on my Scrap that Song March Layout only in colour this time.....

So I hope some of you lovely scrapper might give my challenge a go. You can win a voucher from the Chip Chop Shop which is pretty awesome

Thanks for stopping
Until next time

Cool Man!!!
I've always enjoyed Cat Stevens music....yes! YES...I know he changed his name....but when he recorded this music he was known as Cat Stevens.

My DD, Samantha recently turned the big 18 on the 23rd January.....might I add during not a very pleasant time....meaning we had a very sick 5 year old in hospital, having his appendix taken out on what should have been a fabulous day for our firstborn daughter.....she was such a darling about it all.
I did manage to slip away from the hospital and take her out for tea.....before we left home that evening being the true-blue scrapper I am I took half a dozen pic's of Samantha on her special day...(thinking at least I have some beautiful photo's of her....yeah! right!!
Thinking I had these most precious pic's I started on a layout in which I planned to use them.... Went to print the photo's.....couldn't find them...searched and searched,......Where could they have gone???

Samantha had deleted them by accident...while taking pic's of her major art work for school!!!!
My heart broke...S#@%!!!!
Haven't felt that sad about pic's since 1996 when Mason's baby pic's from hospital didn't turn out at all.
Samantha managed to save the day and grabbed a photo from her bestie Brooke taken at her birthday party which was held on the 21st January 2012...thank the lord!!!
I had already stamped the date on my layout before I discovered the missing photo's


So my layout went ahead...not quite as I had planned but anyway 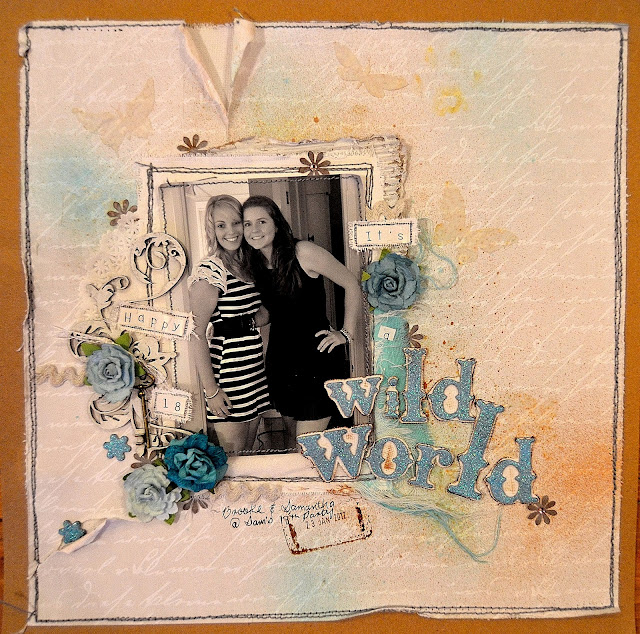 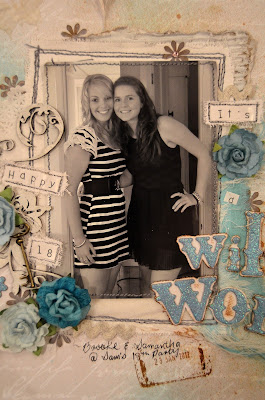 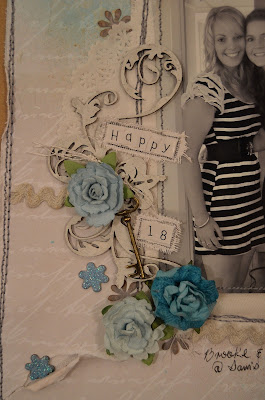 Please stop over at take a look at our Fab DT for Scrap That Song....they are a very talented bunch and their layouts are very inspiring.
http://www.scrapthatsong.blogspot.com.au/

Thanks for stopping and listening to me prattle on....

WooHoo! I'm so on the creative team over at Stuck?!

So a while ago I applied for the CT over at Stuck?! Sketches and managed to nab a spot on the Autumn/Winter 2012, team! (happy dance).
I'm so over the moon to be amongst such awesomeness....some very talented scrappers in the line-up.

So firstly I'll show you my application layout...... 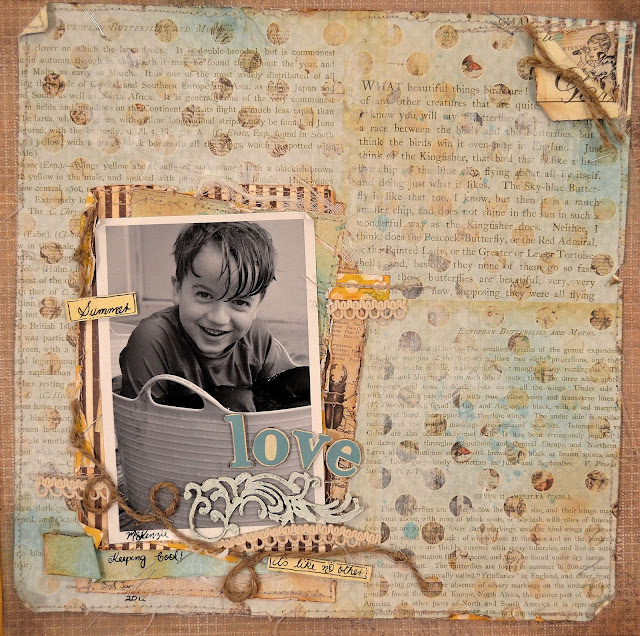 I've used some gorgeous trims and papers  from Craftqueen, a chippie from imaginarium which I've painted with gesso....muslin and of course machine stitching. 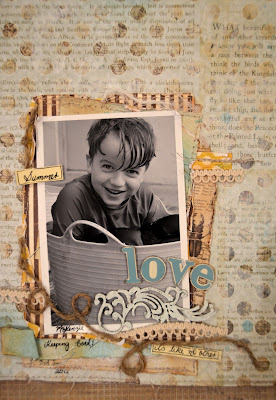 A closie of my handsome little man, McKenzie.
My youngest three needed to have some water play back at the start of January, ( little did we know that would be the only hot 3-4 days we would encounter all summer long!) 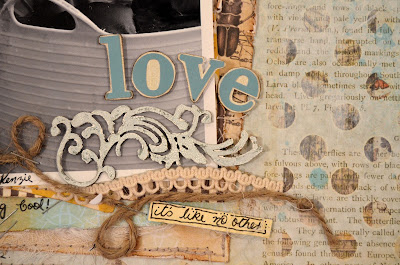 ﻿
I so love these colours together...soft and fabulous...well I love them!!! 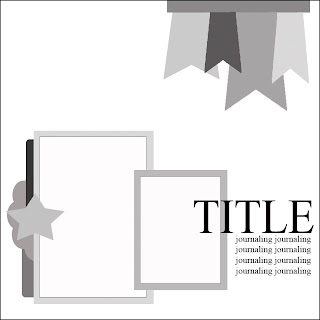 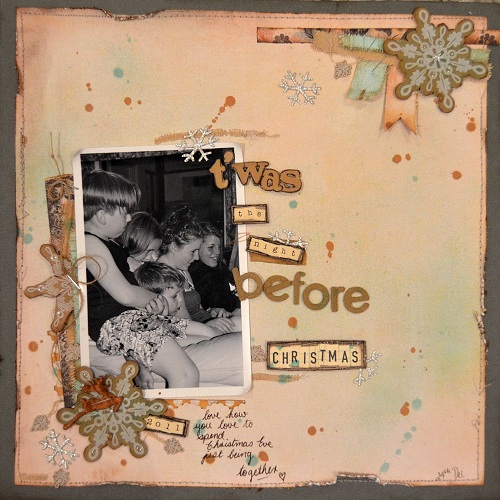 {T'was the night before Christmas}
﻿
﻿ 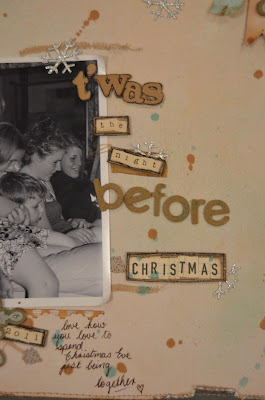 I love this pic of my children....they seem to come together and get along so well on Christmas Eve it really amazes me...
I've used some great christmas ribbons from Craftqueen.

I'm looking forward to my time at Stuck?!  so very much!

Thanks for stopping by 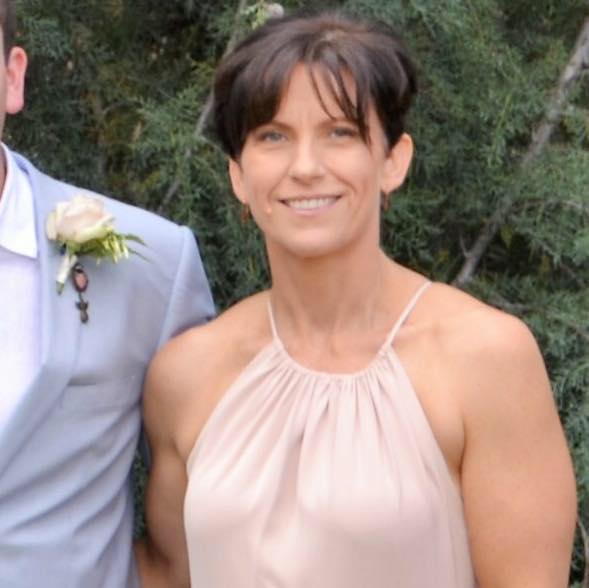 Hi my name is Kim Ewins,I Live in country NSW, Australia. I am a mother to 8 children who enjoys capturing art and life...please have a look around